I’m the photographer who says poop

Bathroom humor? Not exactly my cup of tea. My mother would have never allowed it. In my family, bodily functions either were frowned upon or simply did not exist. The mere utterance of the word “caca” would have provoked desert deprivation for days… and if you know anything about my mom’s baking abilities, this is not a risk you would ever be willing to take. So caca became the much more poetic lala. For cake sake.

Zap to 40 years later and you have one pretty screwed-up adult. Moi. Laid back and uptight at the same time, all wrapped up in a small neurotic package.

The day started early. I packed cameras, lenses, and all the other good stuff, grabbed a latte with a few extra espresso shots, and met Julie, Barbara, and the two terrors for a photo shoot at the Arboretum. I had photographed the kids on many occasions but when they are so young, a few months elapse, and you find yourself in front of very different little peeps… And there always comes a time, ALWAYS, when the dreaded “cheese” comes into play.

One day the kids give you the most natural smile in the world, then, perhaps victims of school photographers (note the perhaps if you happen to be a school photographer), the kids start grimacing painfully every time you point the camera in their direction. It takes a whole lot of patience and coaxing to get them back to being themselves. And sometimes, the habit appears so ingrained that nothing works. If you ask them not to smile and just relax, this is what you get: 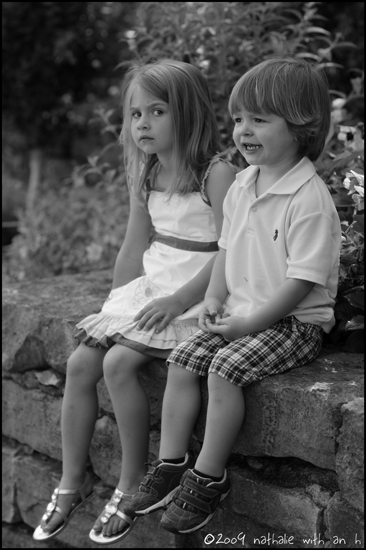 But sometimes a miracle happens and you see the light! 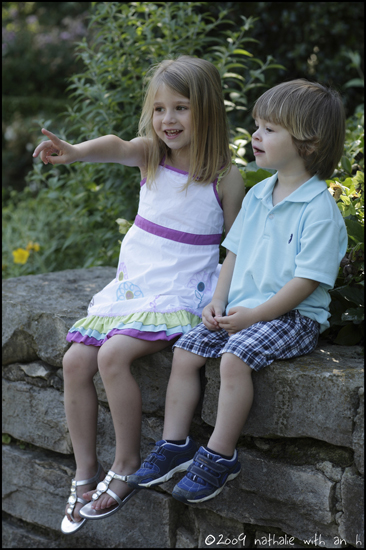 Look, the statue is NAKED!!!

Naked. That’s all it took! 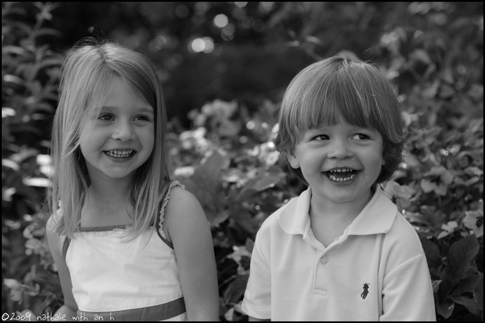 After this, piece of cake. When you find a cow, you must milk it for all it’s worth. 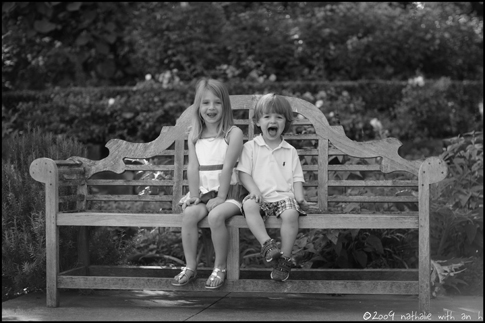 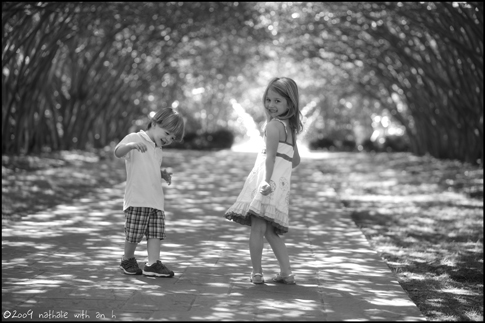 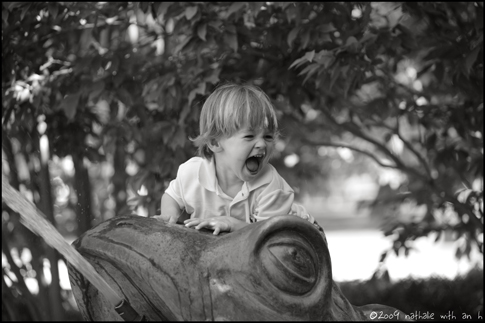 So here is the sad truth. I have become the photographer who says poop. I feel quite certain my mother would disapprove greatly of this pathetic turn of event, but I discovered I would really do anything to get that shot. Sigh. Julie recommended the book “Everybody Poops” to get over myself. It really seems like a good idea.

Nevertheless, I still much prefer the images of pensive children, the ones where, if they smile, it’s subtle, and if they don’t, they are simply caught being themselves. 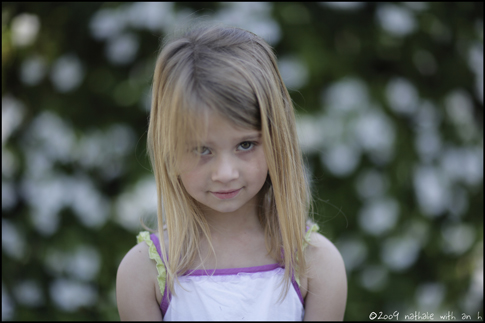 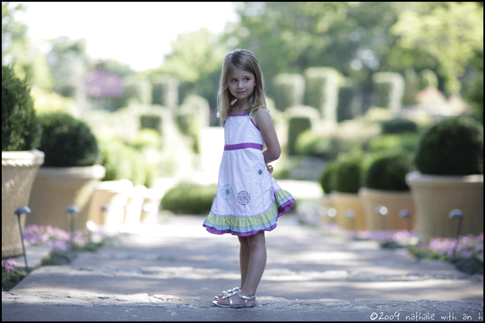 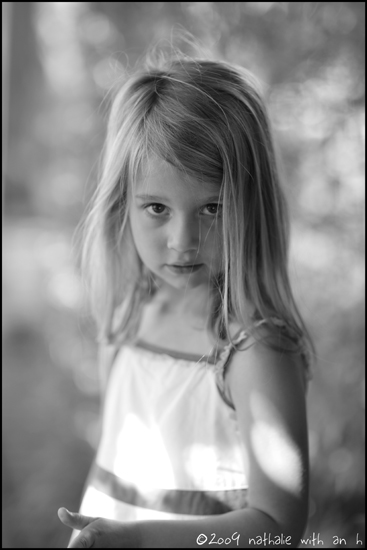 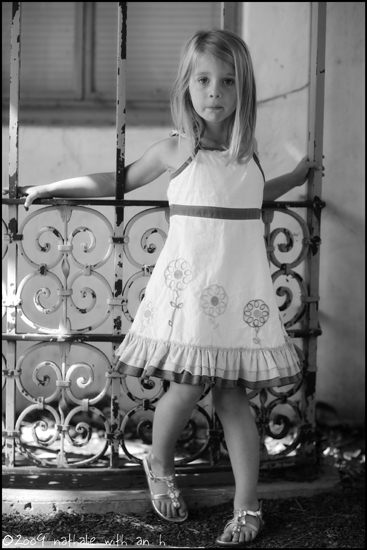 I wish I had a more serious photograph of the little dude, but after the first time I said poop, there was no going back. Point of no return was reached. The kid had a smile plastered on his face for the remainder of the session. Perhaps I would have been a happier kid too had I been allowed to say caca. Just writing this word is enough to make me feel guilty and ashamed.

Some say you never recover from your childhood. Isn’t that the truth?! But today, after this session, I definitely feel one step closer to my deep-down buried inner scatological self. I’m just not sure it’s such a good thing… I need to go call my mom.

19 responses to “I’m the photographer who says poop”