“No patterns, no stripes.” These are my basic guidelines before a photo session. Mind you, after imparting these few words of wisdom to parents, I have seen a kid show up in a striped outfit with a huge pumpkin pattern on the front… but I was definitely not prepared for the one who showed up with the pirate outfit.

I had forgotten about red head Zane. Yesterday, PlanetRoss (who seems in dire need of a vacation to get over his vacation if I may say) left a comment about how much of a sucker he was for the “I was born on a pirate ship pose” and Zane came to mind. 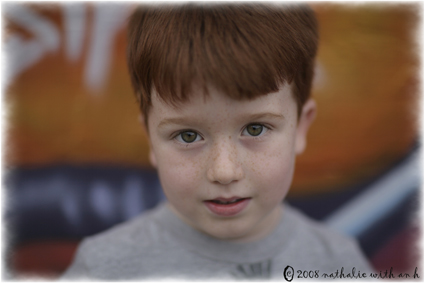 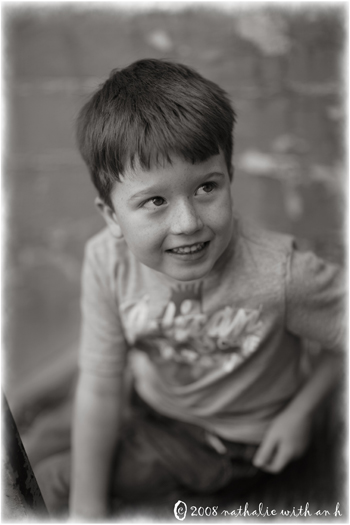 I thought that the pattern on the tee-shirt would be a little distracting, but the kid was so photogenic that in the end, it worked out. Still, despite emptying my usual bag of tricks, it remained difficult to get him to act natural. 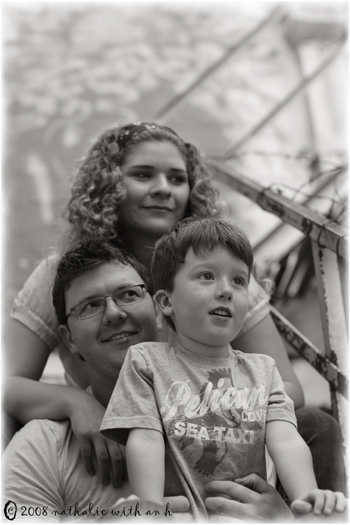 Then, shiver me timbers! Zane’s father dug out a pirate outfit from a bag. I think my eyes narrowed into wee Belgian slits and I probably contorted my mouth in an expression of “you have to be kidding me” but one look at the kid, and I promptly snapped back to my usual adorable self (I assure you I am quite sweet.) 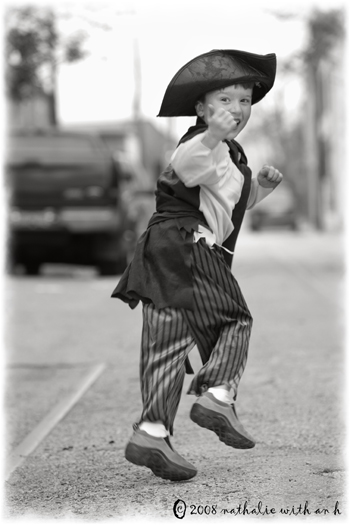 By the Powers! He could not be stopped.

The’e is no nay ne’er a way to replicate that kind of joy without a great grand swashbuckling outfit. In the end, I managed to sit him down two minutes for a portrait with his father and lass Lindsey, but even then, he stayed in character. 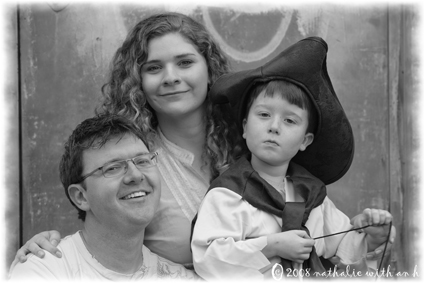 I have never believed in gimmicks. I feel that if you are going to display a family portrait next to the Ugly Yellow Plastic Cat on your mantle, the photograph will travel through time much better if faces are the only things that draw attention. It pains me greatly to say this but I was wrong. My hearties will tell you that even when I’m wrong, I’m usually still quite right… But in this case, I’m eatin’ a whole bag of crow.